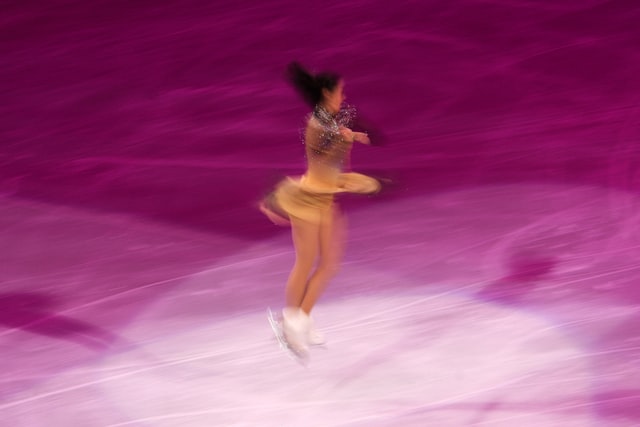 Some sports are not as popular as others, yet when you catch a glimpse of said sports at the Olympic Games, you often wonder: “Why am I not watching more of this?”. One such sport is figure skating.

It is a very demanding sport/dance, which requires athletes to handle risky moves on ice while also performing to music. It is very much dancing one ice while also speeding, turning and flipping around.

Figure skating has its heroes and here they are, in no particular order.

A Swedish figure skater, Grafstrom used to compete in the 1920s and early 1930s.

This is a rare sight in figure skating, it being such a competitive sport, one where athletes/dancers quickly get old and have to retire. Grafstrom is probably the greatest male single figure skater.

Dorothy Hamill competed in the 1970s, and was a very famous figure skater at the time. She was only 19 when she won her first gold medal, at the 1976 Olympics. She won the World Championship that very same year. America fell in love with her at the time and everybody was rocking her hairdo. She is also known for her signature move, the Hamill camel, a camel into a sit spin.

Carol Heiss competed in the 1950s and took home a silver medal in the 1956 games. But, that wasn’t enough for Heiss. Fast forward 4 years and Heiss wins a gold medal at the 1960 Olympics. She also has 5 World Championships titles. This is a large accomplishment, and her career did not stop after the 1960 Olympics. Afterwards, she began a career in acting.

Evgeni Plushenko is a Russian figure skating superstar. He is pretty much at the top of the ladder as one of the greatest figure skaters in the world. He has four medals, one gold in the singles of 2006 and another team gold in the Olympics of 2014. He has two silver medals from 2002 and 2010. With three World Championships and seven European Championships, Plushenko is one of the most accomplished skaters in the world.

Kurt Browning is a four time world champion but has never won an Olympic gold. He is also one of the most sought choreographers for figure skating to this day.

These are the world’s best figure skaters, in no particular order. There are more of them, so do not take this list as canon.